in and on mumbai and bhopal 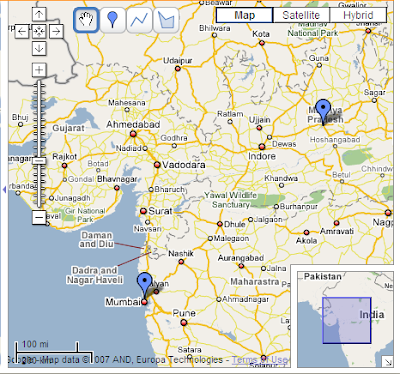 For as long as I can remember, my grandparents have lived in a part of Mumbai known as Santacruz West. Since we always stay with my grandparents when visiting, this area has come to define "India" for me and my sister -- through out numerous trips in our childhood, Santacruz West was the only part of India we were really exposed to.

In the local parlance, Santacruz West is a "suburb." It's considered a suburb since it is not part of downtown Mumbai and is mostly residential. In the U.S., the word "suburb" conjures up the mental image of low population density sprawl; large houses with clean, manicured lawns... nothing at all like Santacruz West. 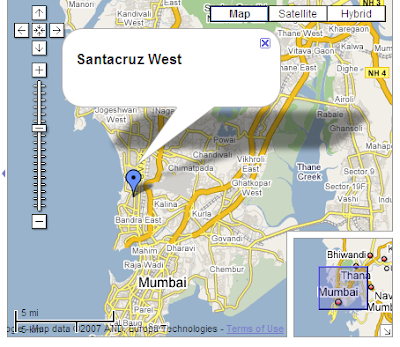 Santacruz West is a crowded area choked with pollution. There is little green but lots of filthy cement. People don't use the sidewalks because they're pitted with large holes, exposing open storm drains below. You don't need to own a car because the streets are teaming with three-wheel rickshaws and taxis. The humid air traps the vehicle exhaust which eventually settles on city in a uniform layer of brown dust. Many people here to both chew paan and spit, resulting in splashes of dark red "paint" all over the place. It's almost intolerably hot for most of the year and much of the area floods during the monsoon season.

Given all this, it might be easy to imagine why my sister and I have spent most of our lives thinking poorly of India -- a country full of filth, wretched poor, and relatives we didn't recognize who chatted for hours in languages we couldn't understand. Finally, a few years ago, I put my foot down and told my mother that I'd only go to India on the condition that we traveled as tourists, not seldom seen family. Fewer relatives and more sight seeing. I was tired of hearing how beautiful and mystical India was from non-Indians when all my personal experience led me to believe otherwise. In the trips after this change in focus, I've finally seen many of India's most treasured gems, ranging from the Taj Mahal to the Ajanta Caves and Kailash Temple.


Most recently, my parents, grandparents, and I spent a few days in Bhopal, the capital of Madhya Pradesh in central India. Infamous in contemporary culture as the site of one of the world's worst industrial accidents in 1984, Bhopal is conveniently close to a number of historical sites and is also the home of my mom's cousin, currently serving as head of the state's police force. 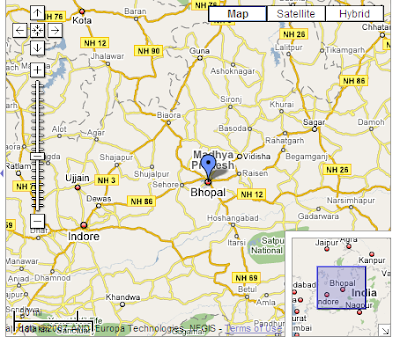 Despite being a major city, Bhopal is still small enough to give a glimpse of why some people enjoy going to India. The population hasn't outgrown the latest round of city development ("New Bhopal" versus "Old Bhopal") so the streets aren't constantly clogged with traffic or littered with beggars. Bicycles are still a popular mode of transportation even though the roads are terrifying (I spent a lot of time being the only person in all of India wearing a seat belt and we were involved in a hit-and-run within hours of arriving). Just wandering through the city, you can't help but feel like the old men in Bhopal have lives full of poetic hardship etched into their faces.

Don't get me wrong -- Bhopal is still crowded, confusing, and polluted, but much less so than Mumbai (c.f. NYC). My view of the city may also be tinted by the fact that visiting family of the State Chief of Police are apparently to be treated like local VIPs. We stayed at the "Police Mess" and were given a lake side marble suite that cost us ~$10 / day (yes, this is ridiculously cheap, even in India), which included a bathroom the size of most studios in Manhattan as well as a 20-something guy who sat outside our rooms during the day to make sure we had everything we needed (and watch over our stuff when we were out). While on a day excursion to Udayagiri and Sanchi, the local police provided an escort as well as a lunch they had prepared for us... including the only cup of proper masala chai I've had so far this time in India (de facto chai doesn't include masala spices).

Pampering aside, Bhopal was an enjoyable trip, highlighted by visits to the Bhojeshwar temple and Bhimbetka paintings (photos forthcoming). Most importantly, it reminded me how much more I get out of India when I'm not just in Mumbai and not just spending time with relatives (not that I don't love you relatives! Hi Chimu and Baru!).

Anyways, now that I'm back in Mumbai, I'll hopefully pump out a few more light-hearted observational posts before I head back to the States. Mumbai might be destroying itself riding the rickety roller-coaster of industrialization, but it does have easy Internet access.